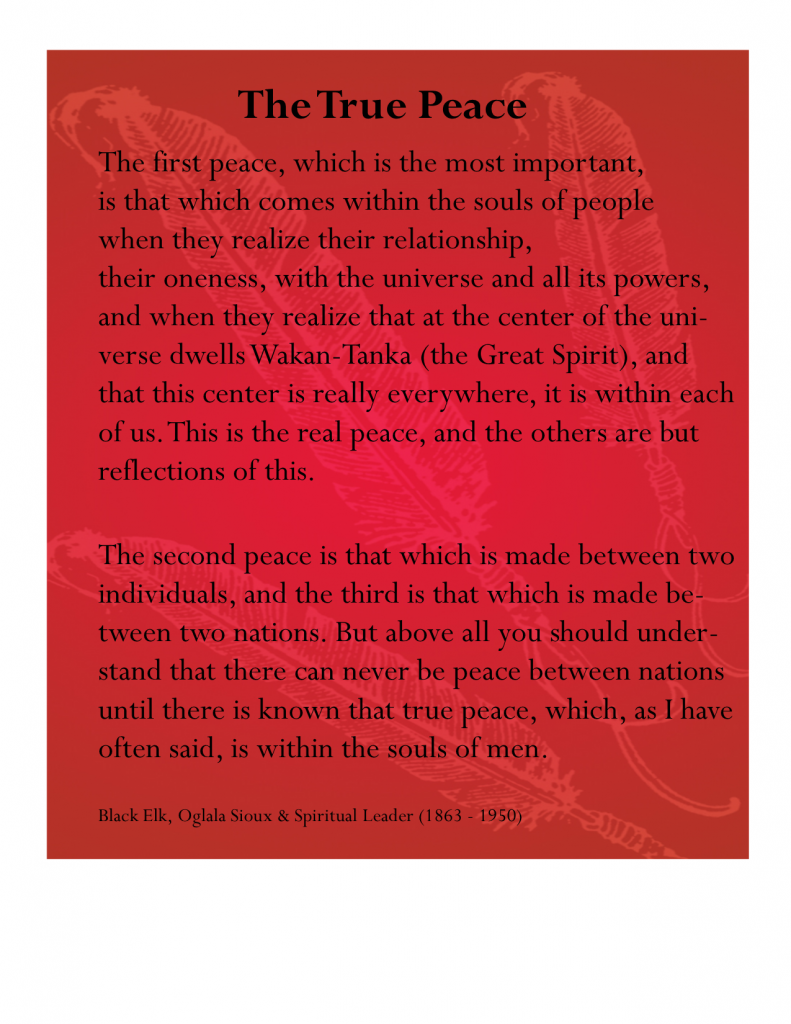 The first peace, which is the most important,
is that which comes within the souls of people
when they realize their relationship,
their oneness, with the universe and all its powers,
and when they realize that at the center
of the universe dwells Wakan-Tanka (the Great Spirit),
and that this center is really everywhere, it is within each of us.
This is the real peace, and the others are but reflections of this.